What can I say about today? Do I name and shame or because it’s the Internet I keep things as anonymous as possible?

Well I think I better leave it anonymous as possible and name no first names or even last names.

My wife,my father (80 years old but very spritely and likes the entertainment!) and myself, we all went Electric Car shopping.Yes.I know we got the Tesla, but we thought we could afford a runabout for the wife and as a commuting tool.The requirements were that it had to be cheap and cheerful and small.

So I made an appointment last Monday and today is Thursday.This becomes important for the story! So we headed off to Durham and visited a well known french car dealership that were offering a good deal on an Electric Vehicle.

We were greeted by a nice young chap who straightaway proclaimed that he knew almost nothing about electric cars and was only in the job for 2 months.Groan! I made an appointment on Monday to purchase an Electric car on Thursday and I get a VIRGIN! Unfortunately it was not one of Richard Branson’s sons or employees.

After about 20 apologies or so again professing that he had not absorbed all the information about EVs (they sell one Modell) he organised a valuation of the trade-in vehicle and organised a Test drive with a trainee salesman(who also had no clue about the finer details of their EV offering).

The highlight of the day was definitely the test drive of the EV.The car was fully loaded with four adults and it pulled away nicely from the junction and the roundabout.It also kept speed nicely on the motorway.It had a good easy to understand screen with a digital display and not cluttered but nice and clear.It was very similar to the Nissan Leaf-just smaller.No wonder because it was basically the little brother of the Nissan Leaf-it was the Renault Zoe in Dynamique Nav spec.

To top everything I have ever been used to in the craft of salesmanship we were told after the test drive that we would not be given a definitive price and it trade-in figure as the “Manager” in charge of Electric car sales is not “in” today.Would we mind to come back on Saturday.Well after a good drule of the sales staff over our Tesla pictures we bid them farewell.

I decided as it was almost afternoon to make it a day of watching another salesman applying his craft-so we went to the other French marque that sells the bottom end of EVs.

But here we saw a master at work.The salesman was about 15 or 16 ( so it seemed) but he was excellent.He was there in a flash -literally growing out of the ground right before us while we were looking at a used C1 combustion engined car as an alternative.

Within 5 minutes of talking to him he organised this car to be ready for a test drive AND organised a trade-in valuation while we had the test drive.Unfortunately the 3cylinder 1.0 l C1 was as gruff as the gruffalo on a bad day! So no go.But not only had our master salesman (Remember he was 15 or 16 by looks) got us a trade in price but also had got a list of used EV cars we might be interested in.To my delight he also stated that the trade-in value could be used towards any of their cars -higher value or lower value.No excuses ever crossed his lips He was well trained and supported by the people around him and I believe he was not that long in the job-just as much as his colleagues from the other French marque.

I think he won my wife over and she might go for his car-subject to test drive.This car is however a C ZERO and we’ll see how this story unfolds.Watch this space!The car is on its way to the Northeast so once we had a test drive next week you will be the first to know.

Unfortunately both salesman could not figure out what capacity battery either of these two cars have in order to calculate a realistic range.The brochures are actually really bad, but I will dig deep into the depths of the Interweb to find the answer. 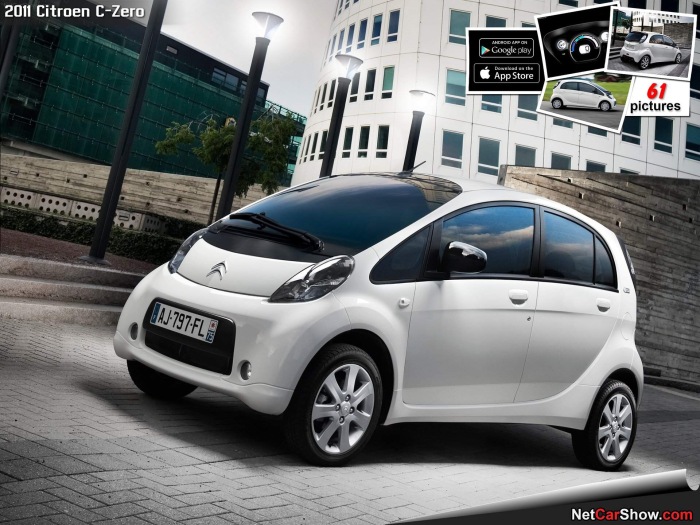