Has any Electric car manufacturer really holistically thought about the whole ecological lifecycle of their products? Where are we getting all that Lithium from we need for the millions of electric cars we want and should produce instead if today’s Ice (Internal combustion engine)cars?

One manufacturer of Electric cars  (Tesla Motors) have thought about it and I think they are the only ones who have got it right.Here is a documentary that shows what Tesla are trying to achieve in their new GIGAFACTORY in Nevada.From production to Recycling of Lithium and using solar energy for production-surely this must be the future?

Guess what:they even thought of where and how to charge up your car and build a 5000 strong network of a world wide charge point infrastructure free for any Tesla car owner for life !

Here is one near me just a few hundred yards off the A1/M at exit 64. 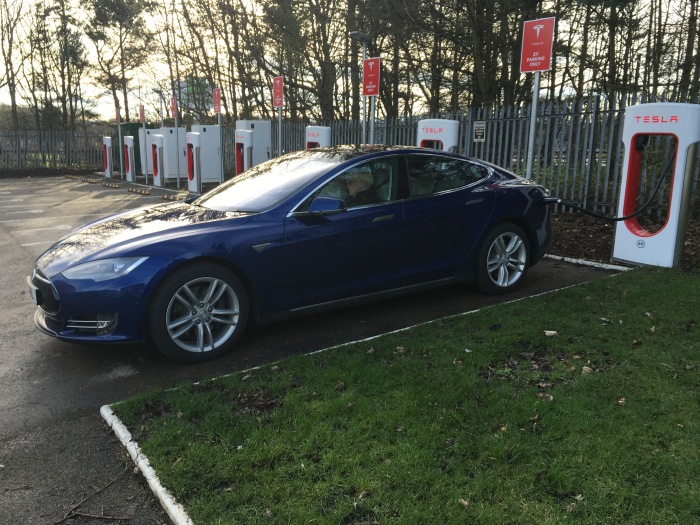 Watch this National Geographic Documentary about Tesla Motors and their new Gigafactory project:

This is why we in our family are supporting Tesla Motors and have bought a car from them rather than from a traditional Ice Manufacturuer .

Did you you know that driving a 100% electric car even if the electricity has been produced by the dirtiest Coal fired power station is still 50% better than driving an ICE car?